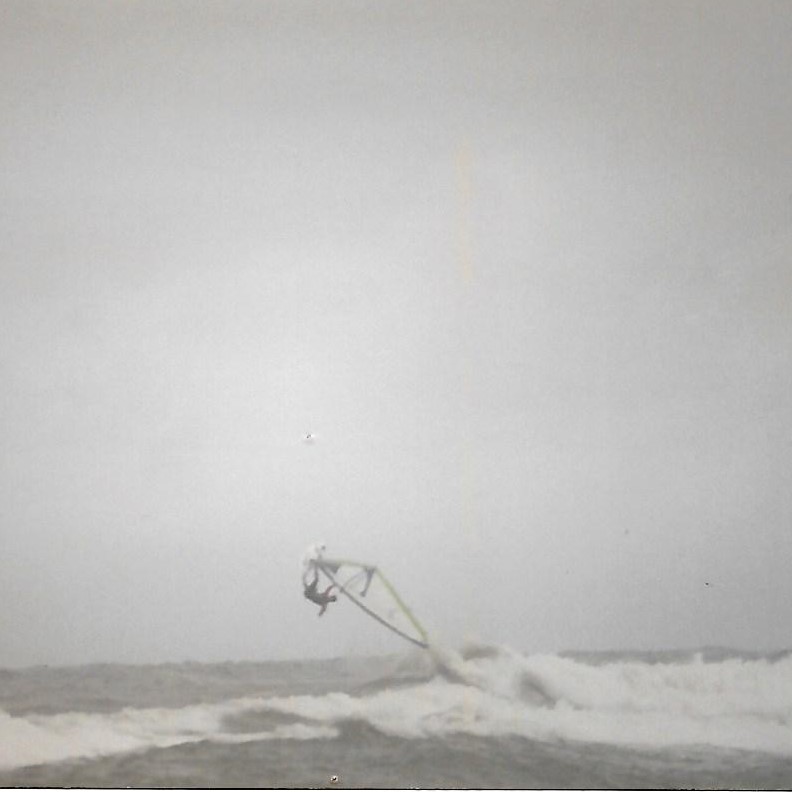 The rumors says a German surfer going to Norway to visit his girlfriend had to stay a night over because of a storm he discovered Surfing in Klitmøller ...is this a nice fairytale or is it a true story...? Well it might be true but does it mean he definitive was the first surfer.....thats still a question.

There is an option that more guys was there the same year independently of each other. Never the less Christian,  Jurgen and Andreas was the first german windsurfers i meet there in 1986 and i later discovered that Henning Kuntzel was around as well. 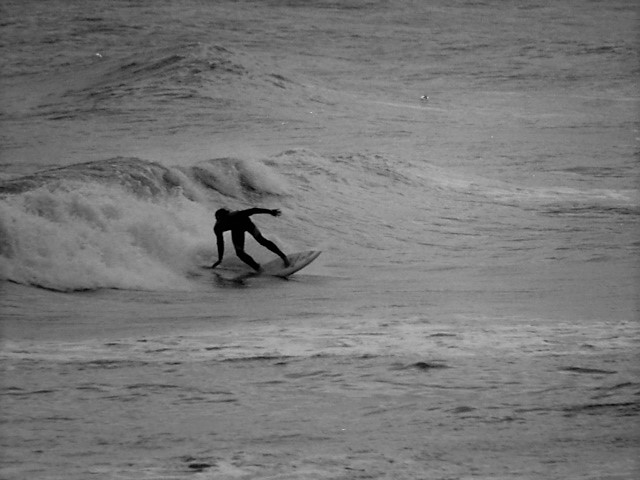 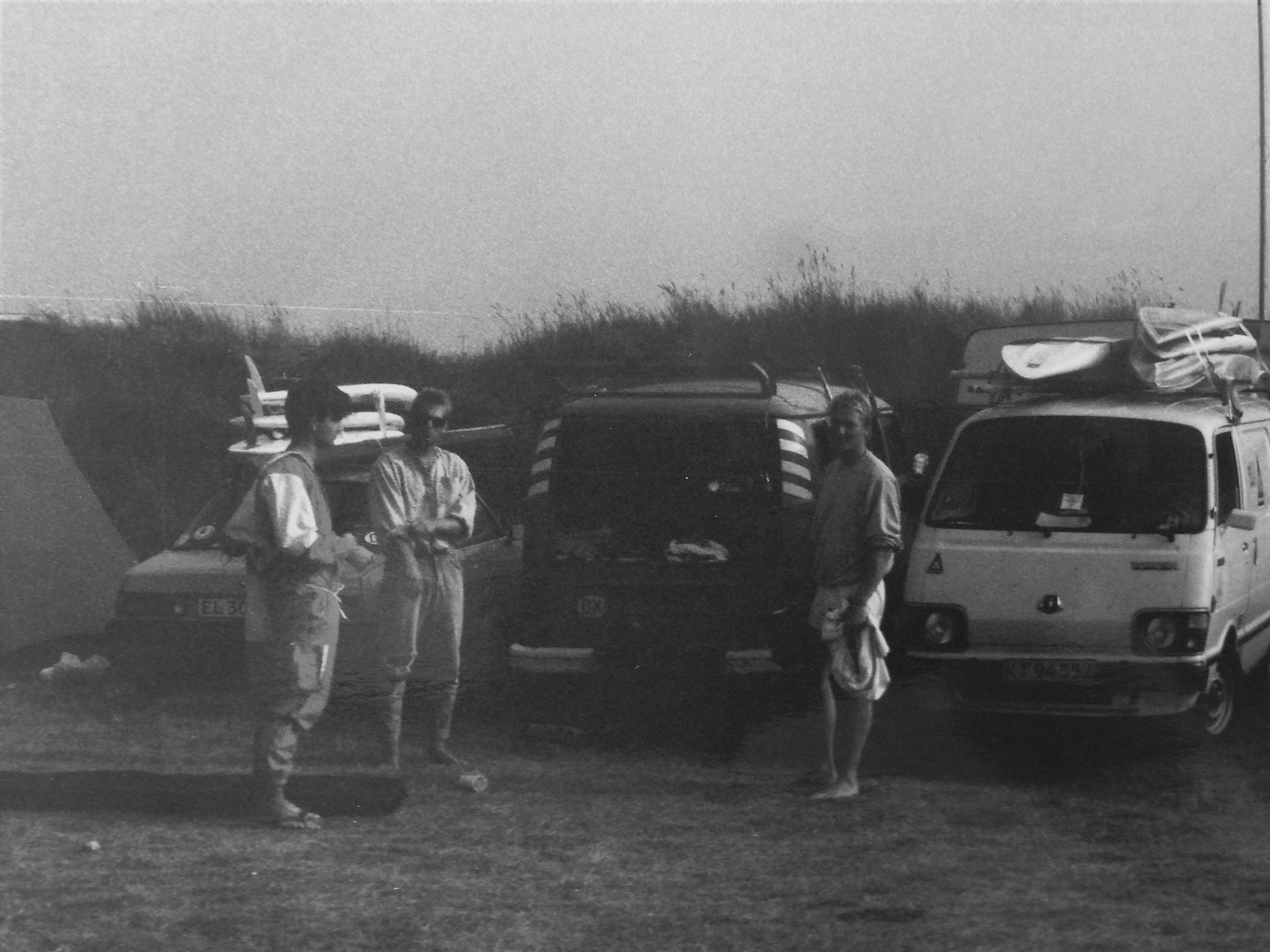 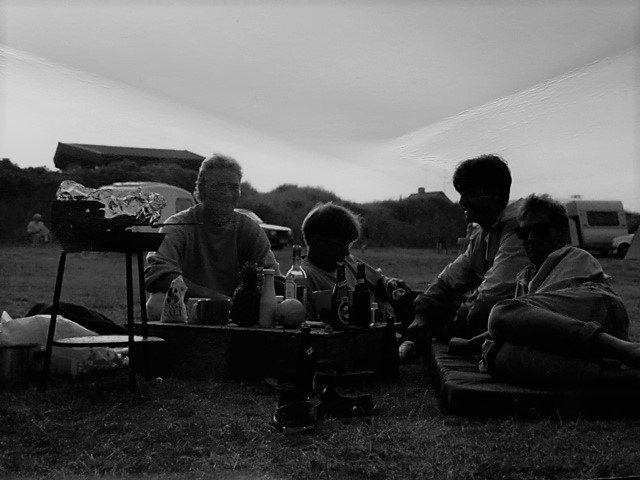 I rented a garage at Hausgaard (Hausgaard Camping) where i found a surfboard from a Danish/German guy who moved to Hamburg in 1985. I was told by the owner and his employees there that he was surfing there in 1984 as the first ever seen Windsurfer. That was not Christian Dach so there might be another paralel story as well.... i think i know where to look for the answer and i will look deeper into this later on....

The first Danish windsurfers must have been my ranking sailing pals; Tommy Fjord, Henrik Olsen, Kurt Bjerregaard, Thorkild Kristensen, Torben Kornum and a few more - we had been sailing the national ranking list together since 1983/84 and I hooked up with them all there in Klitmøller in 1986 but some of them might have been sailing there in 1985 already. The whole wave scene was focused in Blaavand those years before 1986. The real Break trough for Klitmøller as no 1. wavespot came in 1987 for the Danish windsurfers.

Im pretty sure the first to paddle surf Ørhage was Peter Frank and Jan Blæsild from Århus in 1988 - i have a photos from this session. Peter Frank was also windsurfing in Hanstholm back in 1985/86 and gave me some feedback that he saw Roy Rodwald there plenty of times with a few pals.

I am also pretty sure that Stella Wu was the first female windsurfer in Klitmøller in 1986/87.

Around 20 danish windsurfers sailed Klitmøller at that time and maybe around 20 germans from whom i remember Andreas Stielert in Klitmøller from 1986/87 and Stella might also have been the first woman to surf Fishfactory in 1987.
Roy Rodwald from Germany was there as well with 5-10 other Germans that i cant remember the names of sorry.....
in 1987 i meet the first Windsurfer from Norway it was Jurgen Michealsen from Stavanger. He came with his pal Dag and a handfull of Stavanger windsurfers. Same year i meet some swedish windsurfers from Gøteborg and Helsingborg. Per Wallin might be one of the first swedish windsurfers sailing Klitmøller. Well we still looks for photos from that time so If You have photos from the midt 80ties 1984-1986 please send to info@krw1989.dk with a few words, Thanks